Yan Juan Xiong joins the QCloudLab as a Master’s student

Yan Juan Xiong joins the QCloudLab as a Master’s student 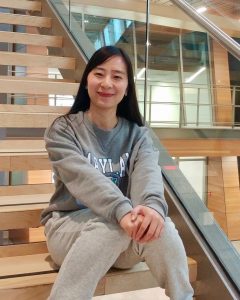 Yan Juan Xiong joined the Quantum Cloud Lab in September 2018. She already completed a Master’s degree in optics engineering from Beijing Institute of Technology with her thesis work on Light-guide design of LCD/LCOS. After graduation, she worked as an engineer in Beijing Laser Wave Optoelectronics Technology which is a pioneering DPSS laser manufacturer in China. Later she joined Pulse Power, a company focused on providing scientific lasers, first as an engineer and then as sales engineer and sales director of scientific and research laser department. During her work in pulse power, she was working on many laser projects with different scientific application including ultrafast area, laser radar and laser cooling. In the Quantum Cloud Lab her work will focus on photonic quantum state generation, distribution and interfacing with atomic systems.

About the author: admin